Bold of you to play with fire.

you welcome the warm embrace. 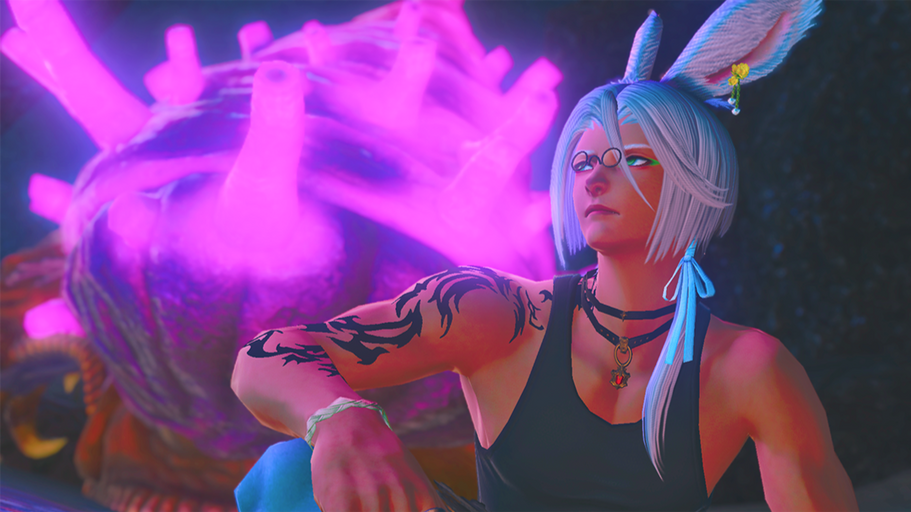 Growing up the isolated air bubble deep within the Ruby Sea that's commonly known as the Exile, this orphaned Rava sought for excitement. They desired a real connection that wasn't just the souls of those who haunted the ocean floors that communicated with them through the shadows. Drawn to the bright flames of the giant volcanic mountain of Hell's Lid, was where they discovered that they had an affinity with fire. It became almost second nature, an impulsive tick where they would blink and something would've been on fire and it was definitely their fault. The child was constantly chastised by others for bringing nothing but destruction until while wandering the mountains of Hell's lid, they came across a shattered Astrologian soul stone. The soul of which that became a guardian of theirs that helped guide their decisions but no one said this soul would be a 'good' guide.During their mid-teens was when they saved a young Xaela child that looked no older than 2, that was tossed into the ocean by an unknown duo. They took him as their younger brother and named him Lani. With the new responsibility of caring for a younger sibling, Ahi sought out help actual people, specifically from the Kojins in Tamamizu which fostered close relations. They learned how to barter and trade while scavenging for lost treasures in the ocean to trade for whatever coin they could get and hunt for their survival and they managed to stay alive and kept their little brother alive too so that's their little victory.By their late teens to older 20s, the Rava was able to set up a small livestock farm on the north of the Isle of Bekko that comprises of mostly stolen karakul and made a decently living off selling their wool all around Othard. They were content with this until the day their little brother who was now in his early teens expressed the desire to 'explore the skies'. Despite their distaste for laws and rules, this action from him lead to Ahi joining the Confederacy to earn more coin so that their little brother could pursue his dreams.Thankfully, they were able to collect enough funds by their 30s to afford a one way ticket for their younger brother to Eorzea, even if it's by smuggling him aboard a cargo ship. Unfortunately, they only had enough to send one person across the long journey so with a heavy heart they offered the other half of the shattered Astrologian soul stone to their little brother as a memento for that one day they could reunite and recognize each other again with the help of that soul stone.Present day, you would notice that they look like any old adventurer who has probably been through too much or seen too much. Wouldn't you like to get to know them to find out? 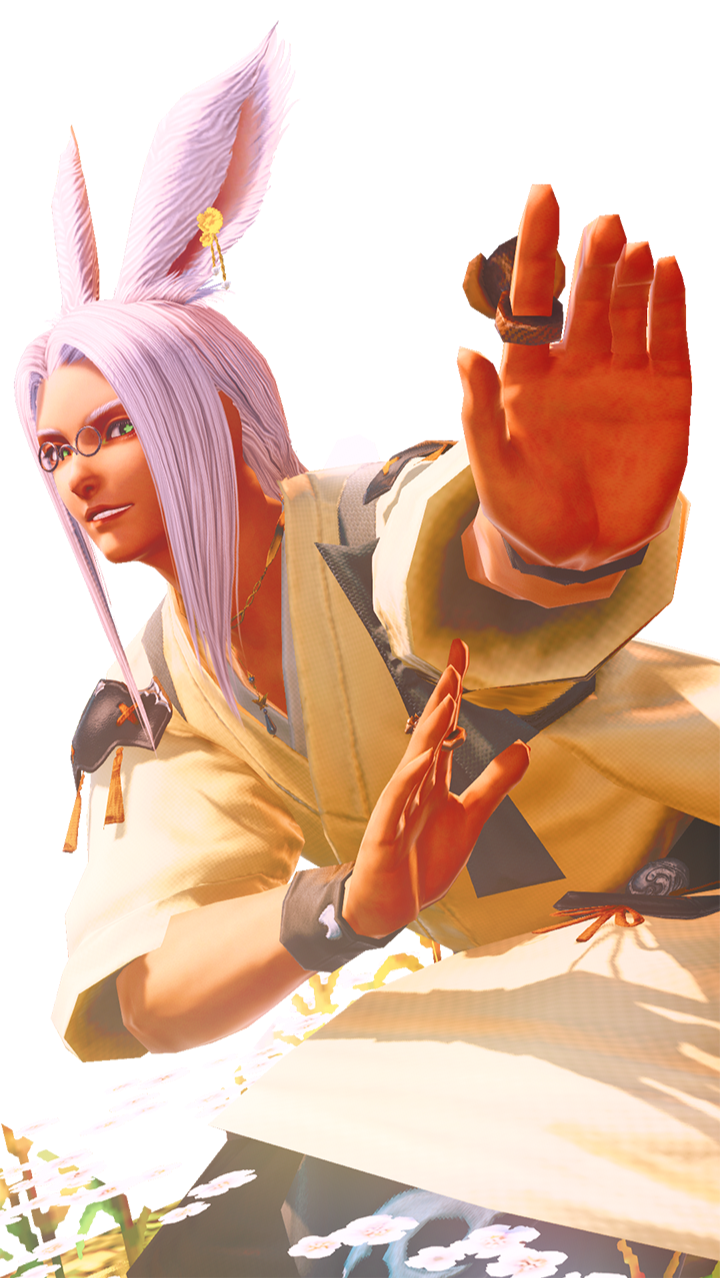 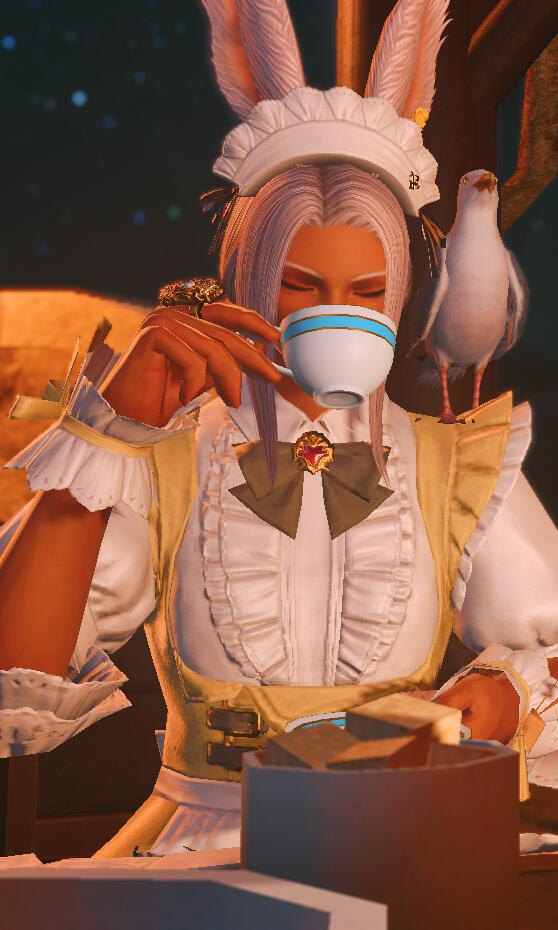 general rules.
➣ not into ERP, sorry
➣ no metagaming/no godmodding
➣ looking to rp with people who are 21+
➣ dark themes/mature rps absolutely okay and welcomed!
➣ dni if you're transphobic, don't respect nonbinaries or have issues with pronouns➣ if none of the hooks interest you, please feel free to send me a tell to discuss further!
➣ into one para replies(+) but i'll usually mirror, specify with me if you have any preferences!
➣ ic ≠ ooc; ahi can be a little rude and direct but please tell me if you have any boundaries! im happy to talk about it!behind the character.
mouse, 22, they/them
new to rping on ffxiv so we hope you can be patient with us!! 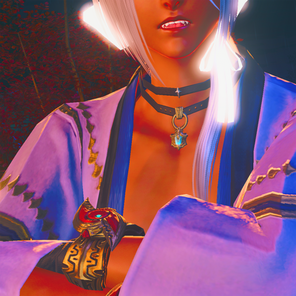 Their ENG & JP voice claims are both by Hiraga!

Confident and strong-willed, this viera is a force of nature to be reckoned with. They love a challenge even if the odds seem against them. Their willingness to try something new tends to put them in dangerous situations. However, as a thrill-seeker, it only excites them. It’s hard to predict what they will do next due to their impulsive façade. Putting their selfish needs and desires first, Ahi has no qualms about being direct to others. This often causes others to have a bad impression of the viera but what they lack in sensitivity and empathy, they make up for it with deadpan sarcasm and aggressive teasing. :)Yet, their attitude completely switches when they are with the people (and animals) that they love. Such as their little brother who they would spoil as much as they could afford to. They also have a soft spot for animals. What was once a business venture, turned into a passion project. This project being their Karakul farm that they take great pride in. They’re a hard worker when it comes down to it as much as they complain or are against it at first. 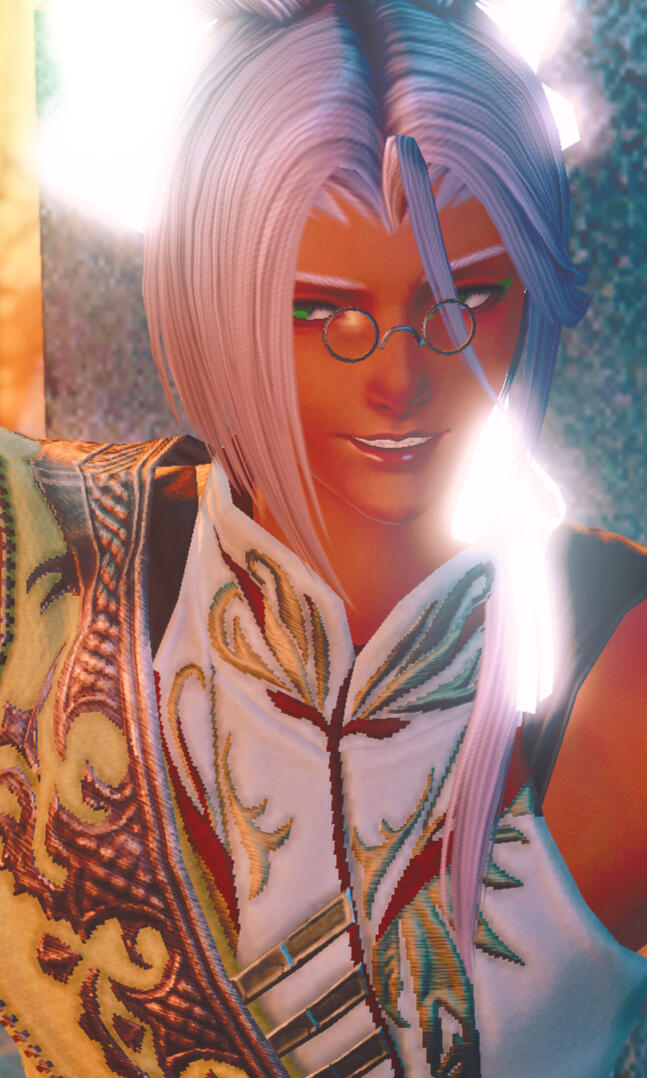 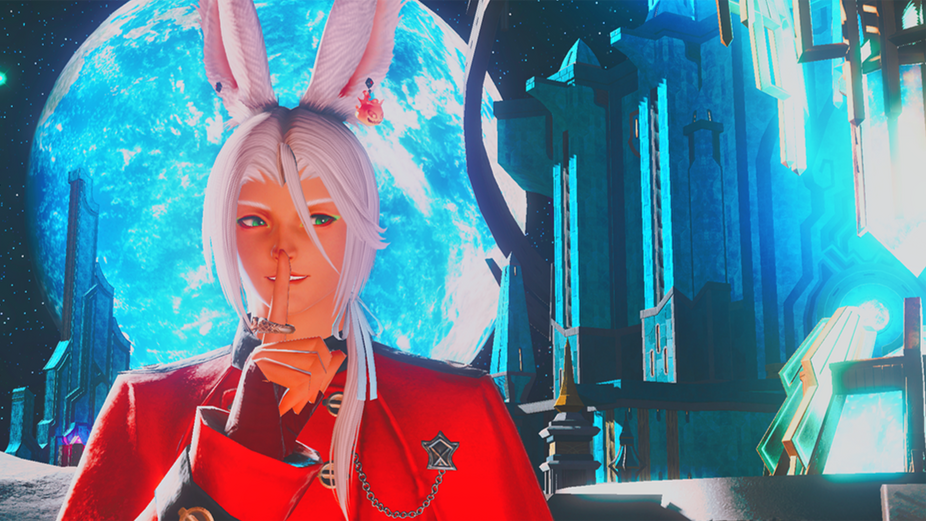 ➣ IDENTITY THEFT. (if you're looking to interact with a WOL!)
You've heard their name being sung in praises all across Eorzea as the esteemed Warrior of Light, described to be big, muscular and definitely not this lanky viera that's chugging down a mug of ale but when you approach them to ask regarding the name of the Warrior Of Light, they grin with great curiosity. "That sure is my name alright, but I sure ain't any sort of Warrior of light."➣ FIRESTARTER.
You caught them in a far corner on their own, possibly near something flammable such as a wooden box. You watch as a bright orange glow begins to emit from them but you can't tell what it is until you see their hands covered in what looks like to be a ball of fire swiftly striking said flammable object as it shatters into flames. As their shake their hand off to cool the flames on it, you notice that their hand looks to be raw as if they burnt their hand while doing so. The shattered flames seem to be growing in size and started to spread across yet they still stand there, just watching with the biggest smile on their face. Do you approach this pyromaniac?➣ LOST SHEEP.
Due to some misunderstanding, you are suddenly attacked by this viera. They had attempted to grapple you in a chokehold, gaining a higher ground so that they could look down and glare at you. There's venom in their tone as they growled the words, "You stole my karakuls. Where are they?"➣ EX-CONFEDERACY.
You noticed a wanted poster with an image sketched out to resemble the viera. In the image, you notice they don a coat that similar to a high ranking officer would wear in the Confederacy from the Far East, the viera unceremoniously peeked over to glance at the poster with you before they turned to you and say, "Y'know, I still have that coat. I don't know why they never took it from me after I left."➣ MYSTERIOUS MARKINGS.
Your eyes were drawn to tattoo-like markings across their arms and legs. Tattoos are a fairly common sight but what isn't common is that they seem to be moving, almost seeming to be squirming around and changing it's forms. It's almost as if the tattoos could feel your gaze on them as you watch the dark markings slither up their arms into hiding behind their clothes and they turn to catch your gaze. "They don't bite, they might try to steal your shadow though."